The first thing you will notice arriving at Lopud harbor is the 15th century Franciscan monastery, which was left to decay for more than a hundred years. The restoration of the Monastery took almost twenty years. It was supervised by a team of experts at Arcus Dalmatia Ltd., correlated with the Croatian Conservation Institute in Dubrovnik and Arhitektri studio. Financial Times reports that from the summer 2020 the monastery is available for rental as Lopud 1483 hotel at the price of EUR 8000 per night. However if you don’t have that kind of money, you can still visit it and book a private tour of the Monastery’s exhibition and check out the impressive private Thyssen-Bornemisza Collection.

Let’s go back in time and find out who were Franciscan friars and the story behind the Monastery’s peaceful appearance.

Saint Francis of Assisi founded the Franciscan Order back in the 13th century. Its movement was based on the practical following of Jesus, evangelical poverty, and compassion toward all living beings.

The development of the medieval city influenced the response of a new type of monastic practice. Franciscans and Dominicans orders were deeply immersed in society. Through pastoral, social, and charitable work, they strived to embrace all social classes. For this reason, the Franciscans were also favored by the aristocracy and the state government.

The Franciscan friars were an essential political factor in the Republic of Dubrovnik. They were entrusted with the administrative tasks of pastoring and converting heretics. Moreover, Monasteries were built at critical defensive positions. It was a strategic move of the Dubrovnik Republic’s government for territory protection.

According to the legend, Saint Francis visited Dalmatia while traveling to Syria (1235.). Consequently, the first Franciscan monasteries were established in Trogir, Zadar, Split, Pula, and Dubrovnik between 1226 and 1235. 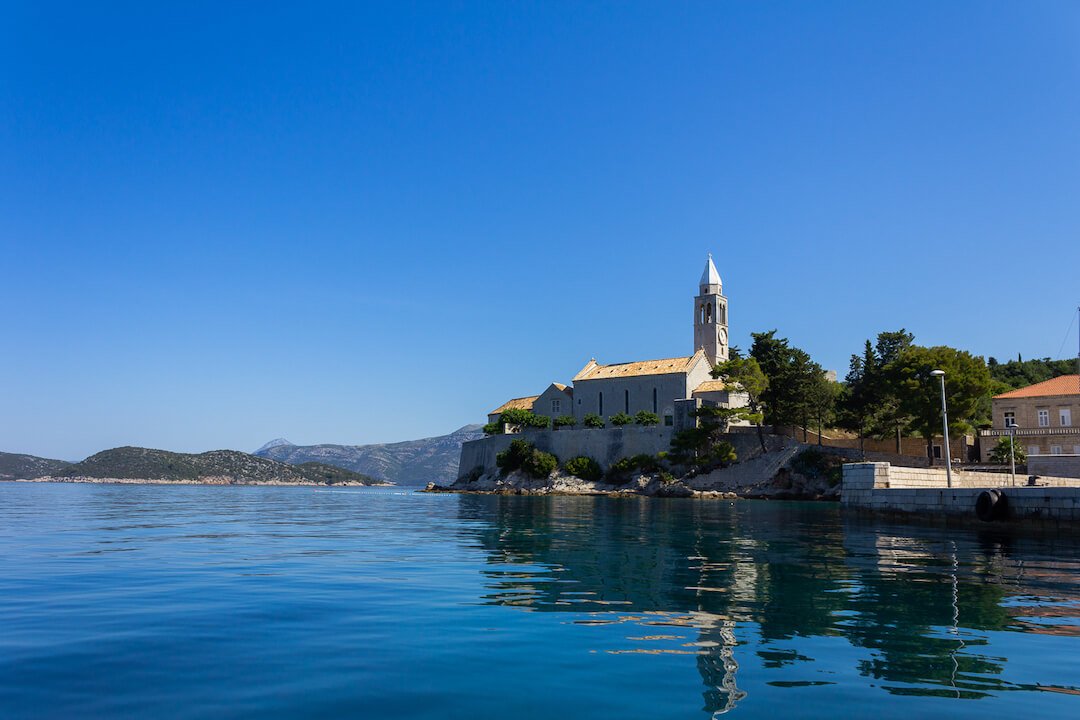 The Monastery of Our Lady of the Cave

The year 1483 is engraved next to the entrance door of the monastery of Our Lady of the Cave. This year marks the origins of Franciscans on Lopud. The monastery complex is built on a cave, and it has access to the sea directly from the Monastery. This has been achieved by placing small doors in the sea wall, which is visible when approaching Lopud harbor. Construction of the Monastery was partly funded by donations from the wealthy inhabitants of Lopud island.

The fortress of the Monastry was necessary for the protection of the island and inhabitants against attacks from the sea. The first bastion originates from 1592. Interestingly, the eastern bastion is the first real pentagonal bastion erected in the Republic. The protection units are placed all around the monastery. For example, the monastery entrance was strengthened with double doors and the balcony from which, in case of an attract, were thrown resin or boiling oil. The fortress’s ground floor was used as a living area in case of an invasion. Islanders had there also a water source.

The Monastery was used for education (library), healing (pharmacy), and defense (seawall and fortress).

Second World War brought the fascist occupation during which the army occupied the Monastery. As the remainder of this time, the IL DUCE inscription was found on the convent’s first floor. In 2006 started the process of the monastery protection from further deterioration. 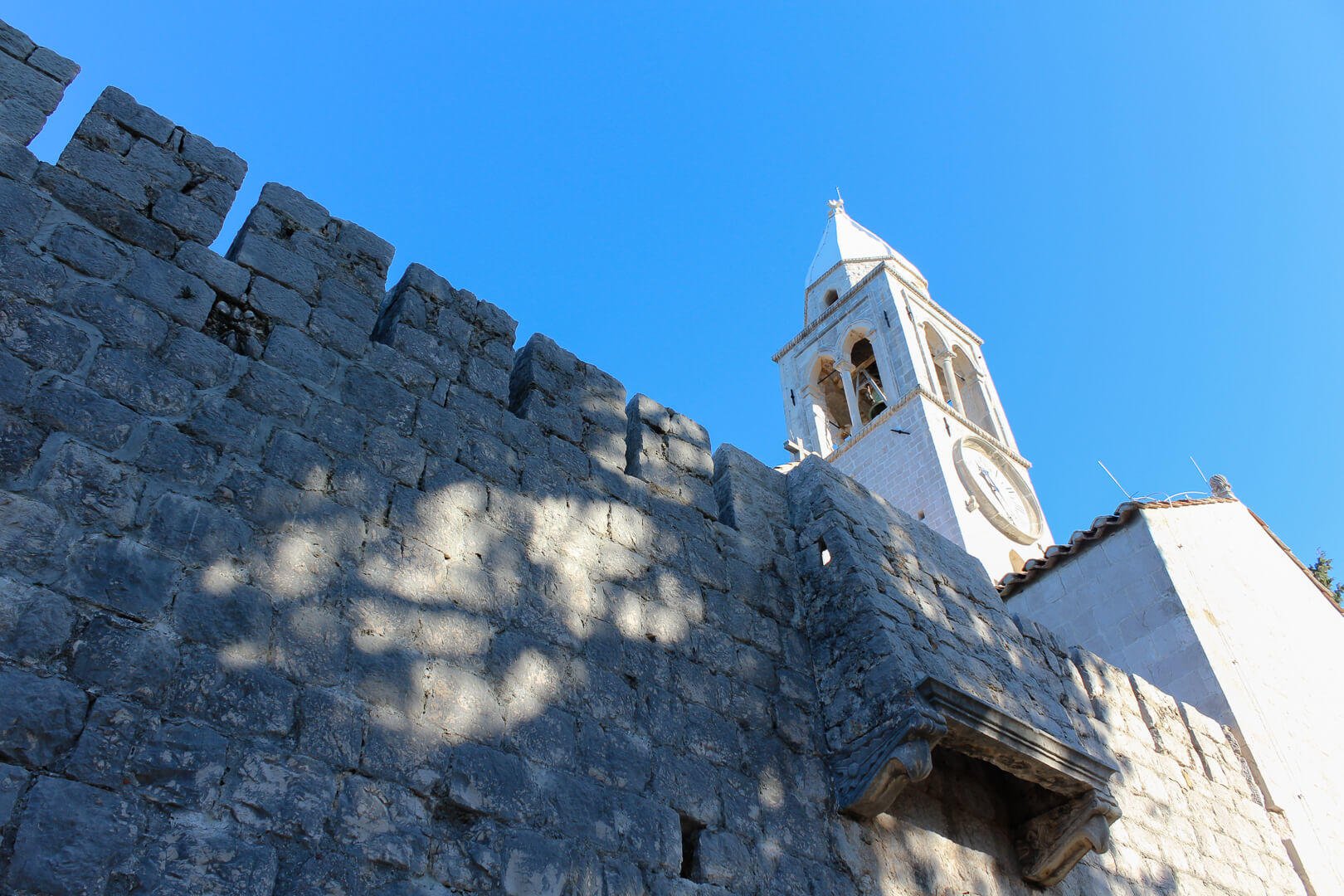 There were three different types of gardens during the Dubrovnik Republic- gardens for “everyday use” owned by the citizens of Dubrovnik, gardens for pleasure, and those used by the monks. Gardens in monasteries were spaces where spiritual and material needs where interfaced and the monks worked both physically and mentally.

The Franciscan Monastery garden on Lopud was divided into four different units due to the natural terrain and the position of the buildings. Those units had “dolac” (terrace) formations. There is a visible structure that was probably used as a cistern. This kind of cisterns was common in medieval and renaissance gardens.

The Monastery has been restored through a collaboration between architects and horticulturalists. What is now called “The Sacred Garden” is shaped according to the historical lists, archival books, and manuscripts from the Franciscan Monastery in Dubrovnik. All plants in the garden are connected to one of nine contemplative stations. The garden is open for meditation, relaxation and enjoyment. You can experiencing “The Sacred Garden” as a part of a private tour of the Monastery.

Franciscan friars knew how to cure diseases using medications made with plants. Today, we have inherited these recipes written in books called “ljekaruše.” Along with the books, the knowledge has been passed down through generations in families by word of mouth. 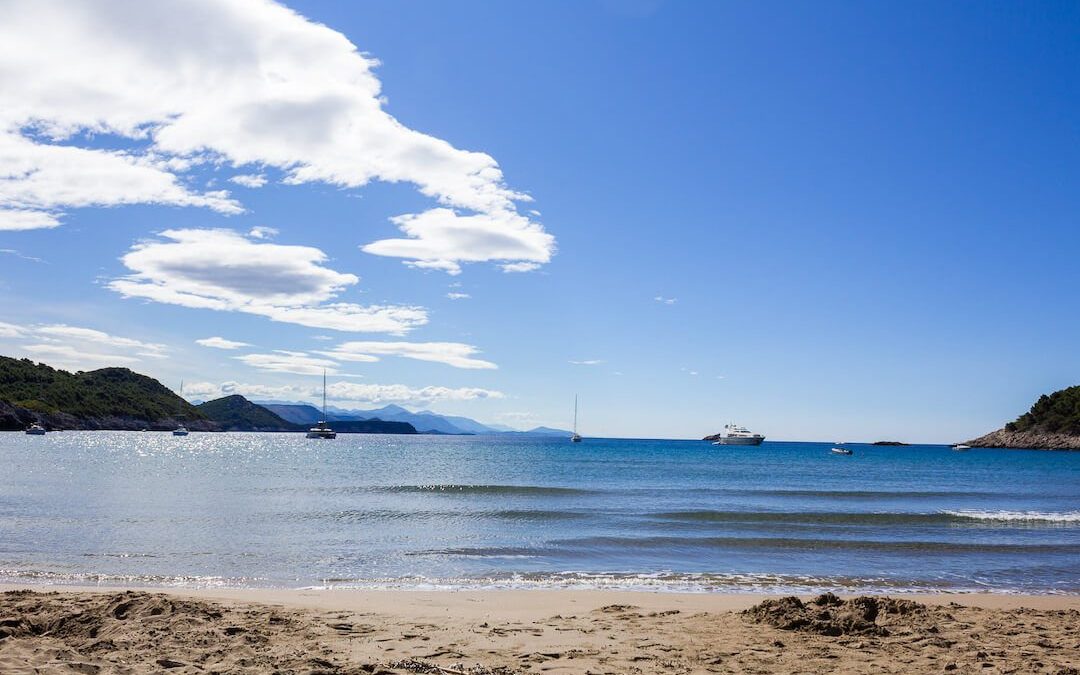 Planning your Lopud summer 2020 vacation? What’s open? Where to eat? What to bring? Where to go? We’ll keep you updated on daily basis!