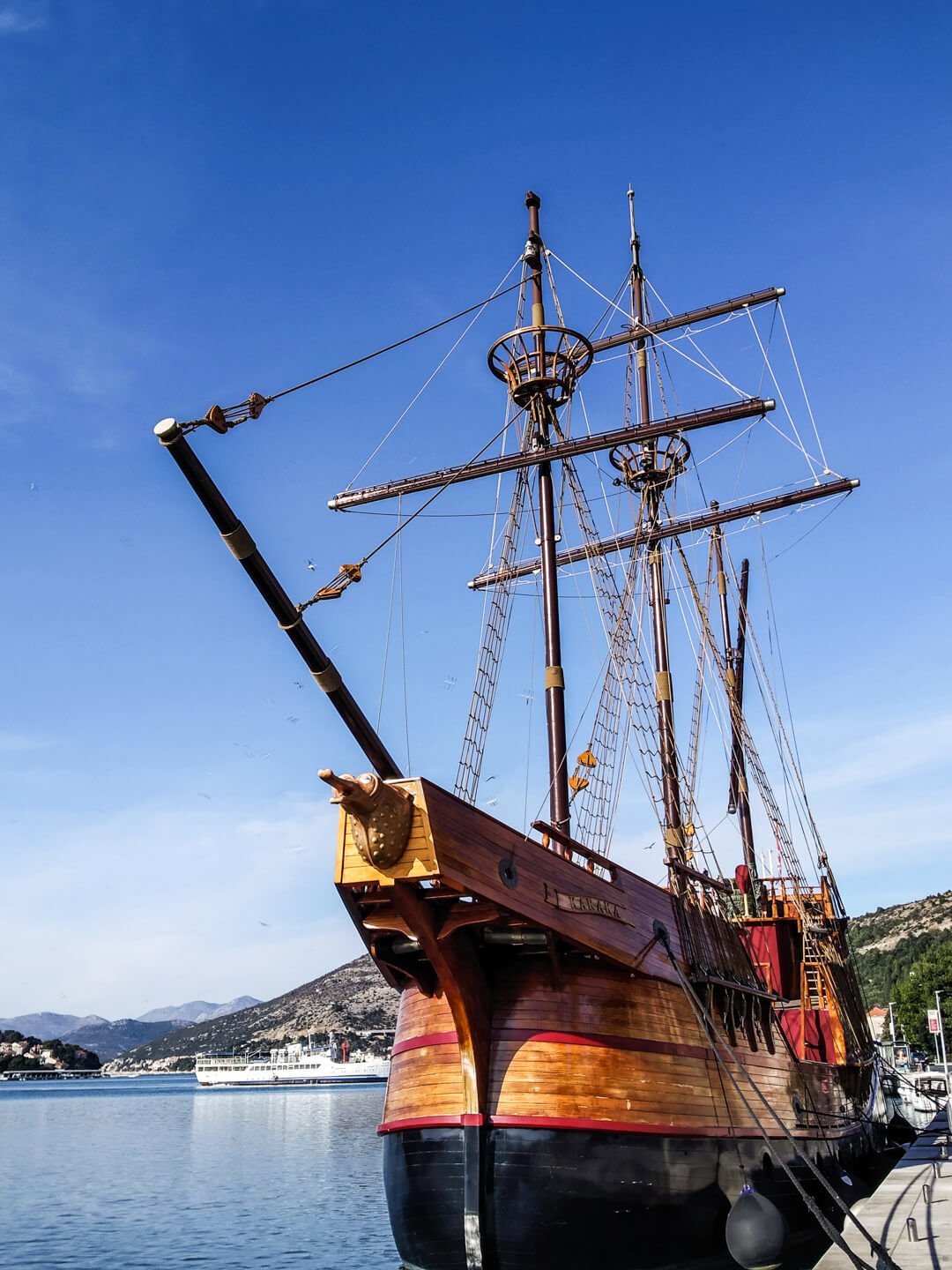 Maritime Affairs of the Dubrovnik Republic

Through the centuries, maritime and commerce were the basis of the sustenance and prosperity of Dubrovnik Republic and Lopud played an important role in it.

From ancient times navigation along the coast of the eastern Adriatic was much praised. The reason for that is the natural protection of its bays and groups of islands. For 450 years (from 1358 to 1808) Dubrovnik was recognized as an independent Republic in the international relations of Europe.  This international position resulted in a positive impact on Dubrovnik’s seafaring and its economic situation. The City itself was well situated, which enabled an uninterrupted circulation of goods and raw materials. By investing in shipbuilding Dubrovnik became a powerful merchant marine. One of the key Dubrovnik’s shipyards was located on The Island of Lopud.

By the 14th century Dubrovnik had about 120 ships capable of voyaging outside the Adriatic. Its ships sailed as far as England, Antwerp and Hamburg. In the 16th century, the Republic of Dubrovnik was the first in the Mediterranean, and the third in the world (behind Spain and the Netherlands) in terms of overseas merchant sailboats. For example, Dubrovnik had a monopoly over the transport of wool to London. The English called these big cargo vessels “argosy” (derived from the old name for Dubrovnik – Ragusa). 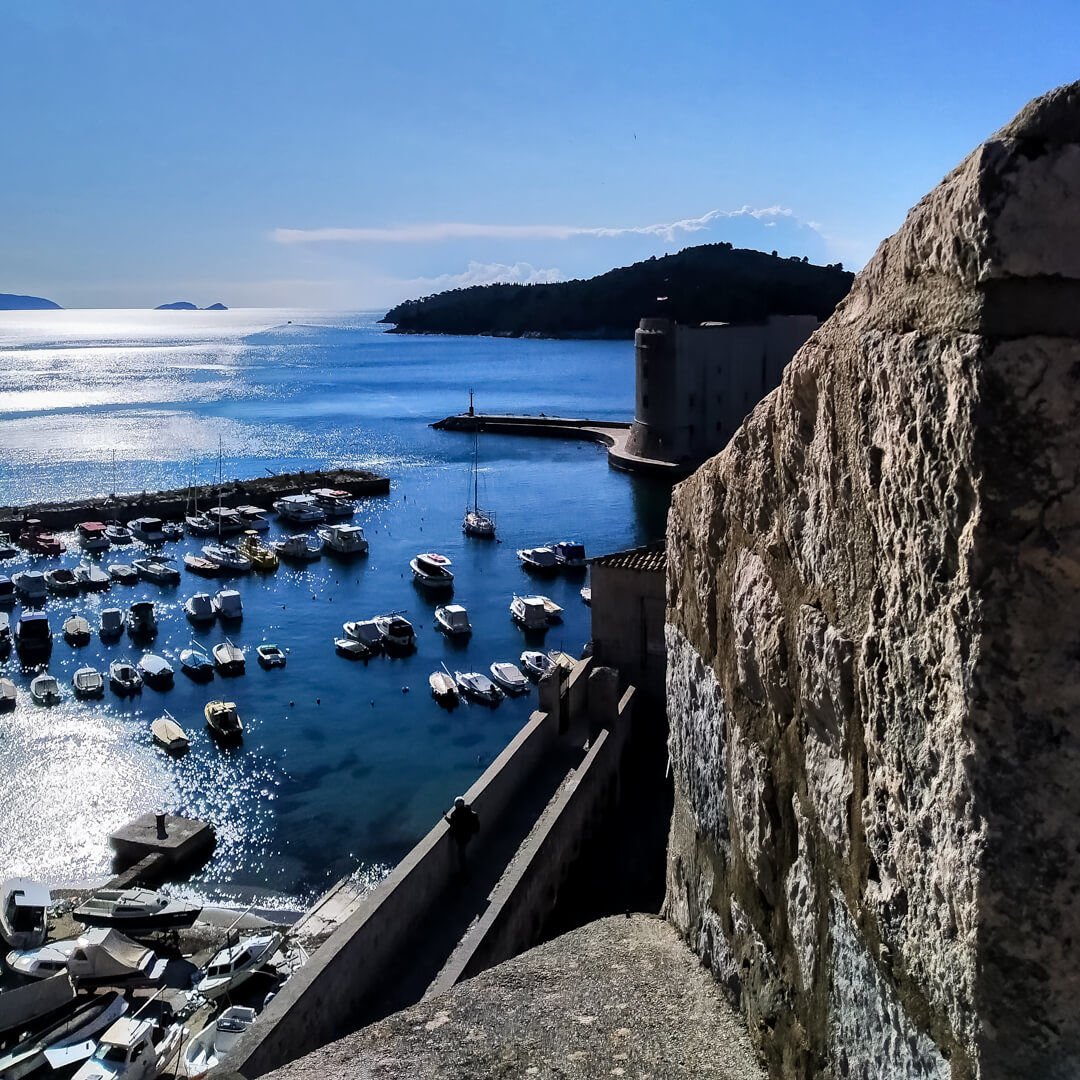 At the time, The Dubrovnik Republic had around 200 ships sailing outside of the Adriatic, with a total crew of 6000 seamen. These ships were mostly nave, karake and galijuni. When building sailboats, Dubrovnik’s shipbuilders accepted and refined new technical solutions, which made their ships outperform many others in strength and stability.

Dubrovnik ships participated in Spanish wars on the North African coast, as well as in the Battle of Lepanto in 1571. Trade with Asia contributed to the founding of the Dubrovnik colony in Goa, which was called Sao Braz (Saint Blaise). 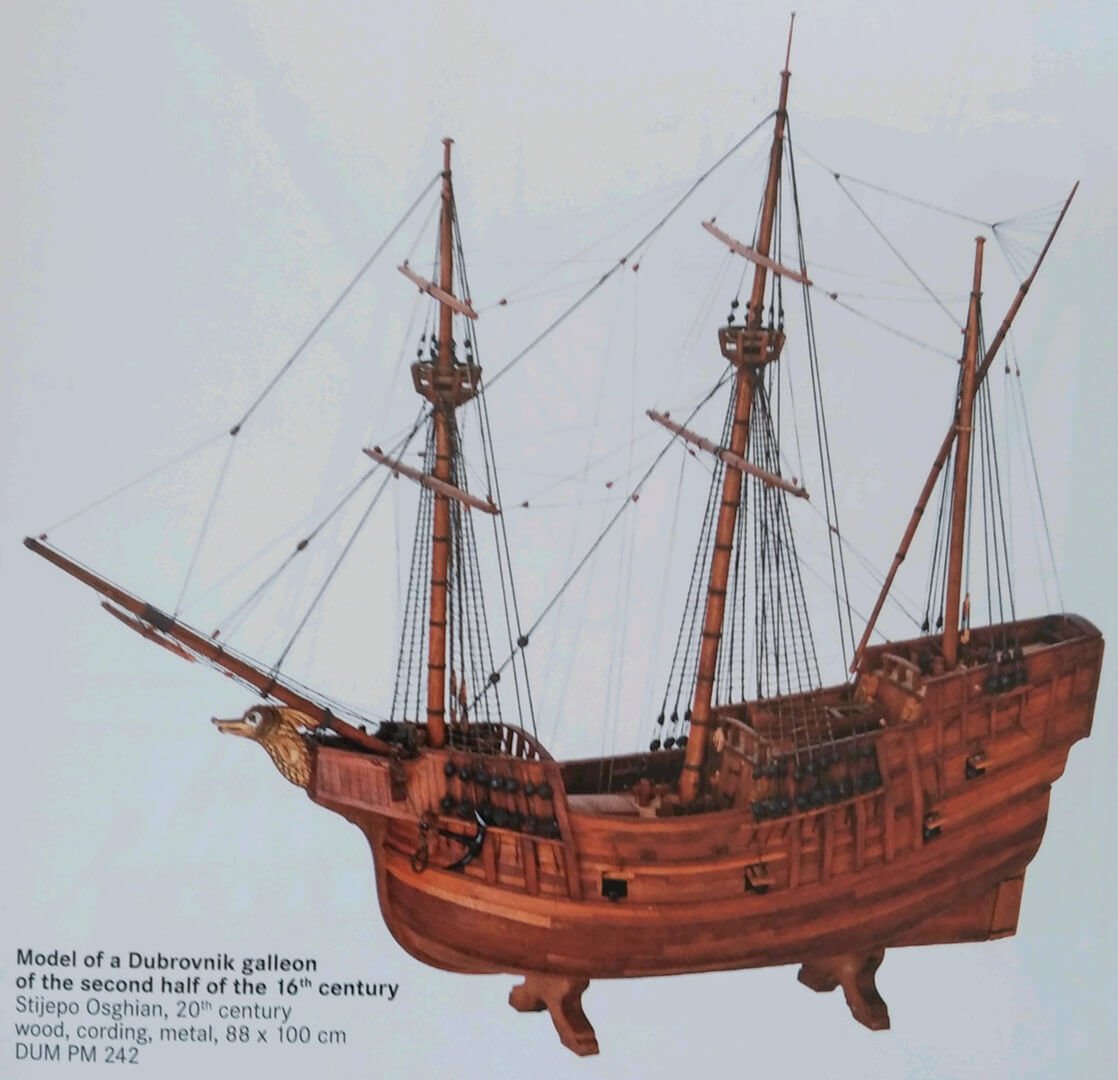 The French Ministry of the Navy and the Chamber of Commerce in Marseille from the middle 18th century tried to suppress Dubrovnik’s activity on sea. They were working on establishing a strong French trading colony and a stronghold for the Balkan and Adriatic trade in Dubrovnik. Their attention worked out when the French entered Dubrovnik on May 27, 1806, and abolished the Republic of Dubrovnik on January 31, 1808. 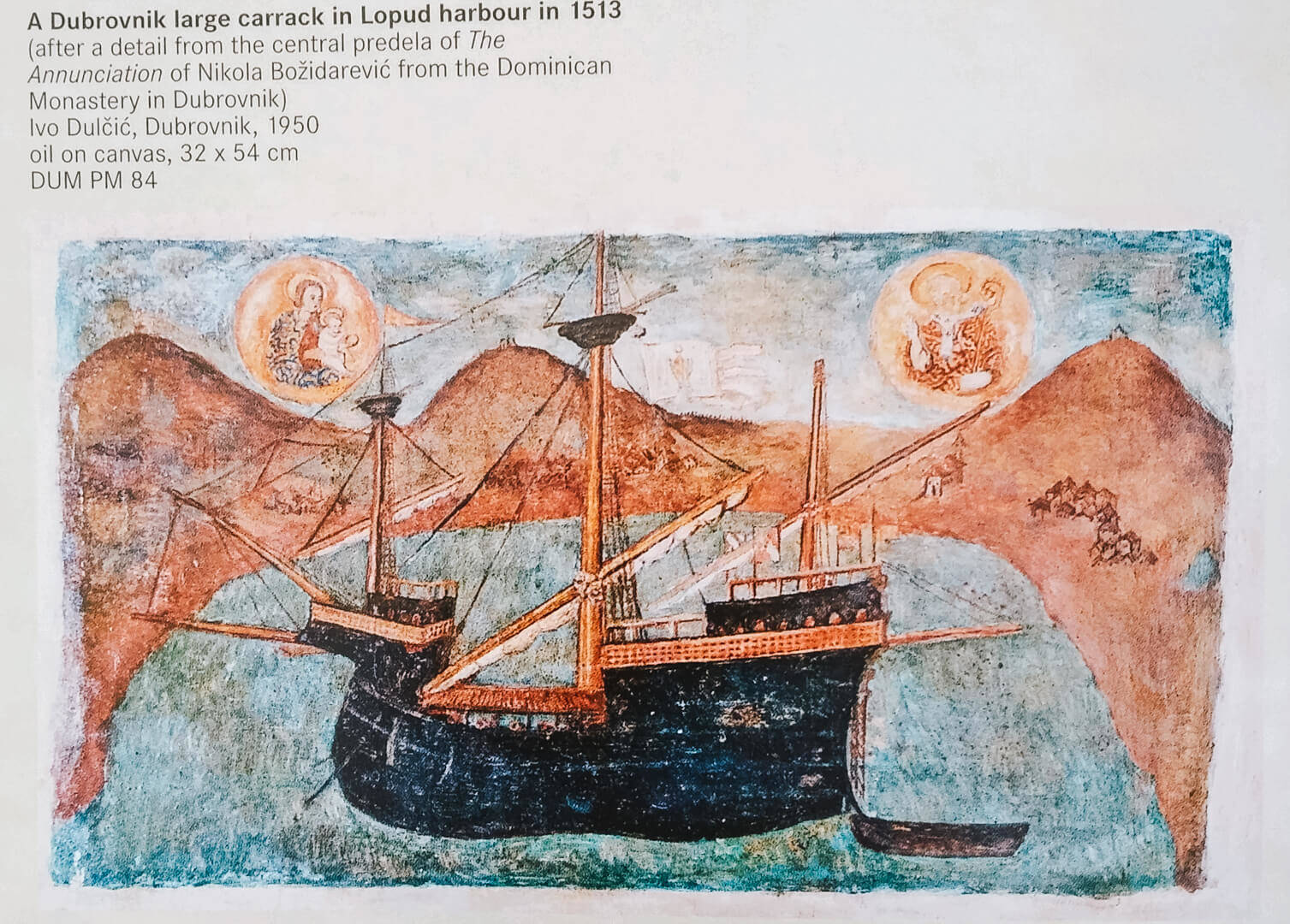 At the end of the 15th century, the Island of Lopud became more important in the economic life of the Dubrovnik Republic. The islanders increasingly began to indulge in seafaring, trade and crafts. The vast majority of the inhabitants were engaged in maritime affairs, and considerably less in agriculture, which was mostly in the hands of their wives.

During the 16th century on Lopud island, there were around 70 naval captains. The one quarter of the Dubrovnik merchant navy was on Lopud, which means about 60-70 ships. At that time, ships rarely belonged to one owner. Therefore, the ship would be divided into 24 parts and its owners participated in the maintenance costs and in its profits. 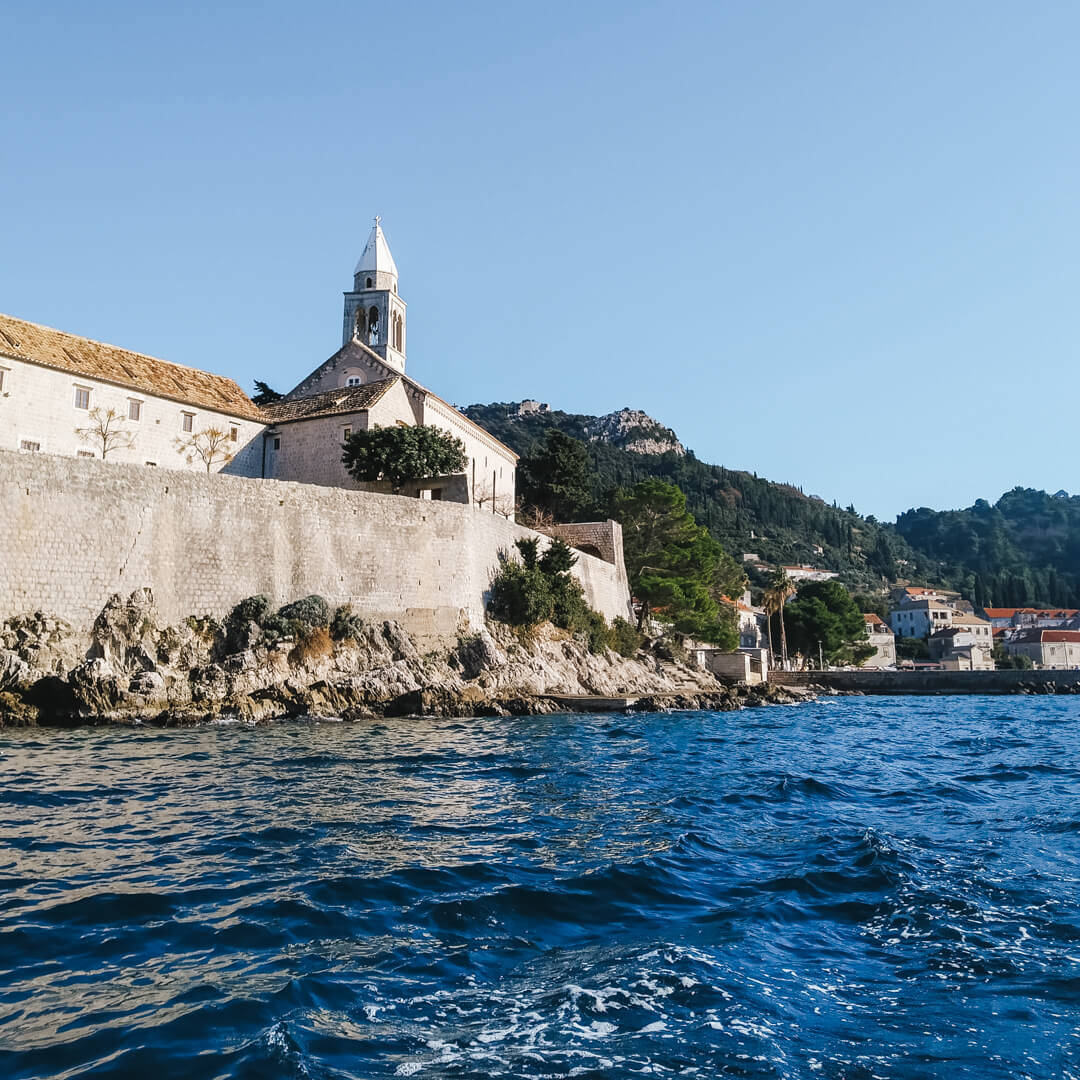 There was only one larger settlement on Lopud, on the west side, while a lot of secluded houses were scattered all over the island. On the west side, according to the description of Serafin Raci, there were many palaces of the aristocrats and beautiful gardens, which flattened the port of Lopud, and numerous vineyards stretched along the nearby hills. 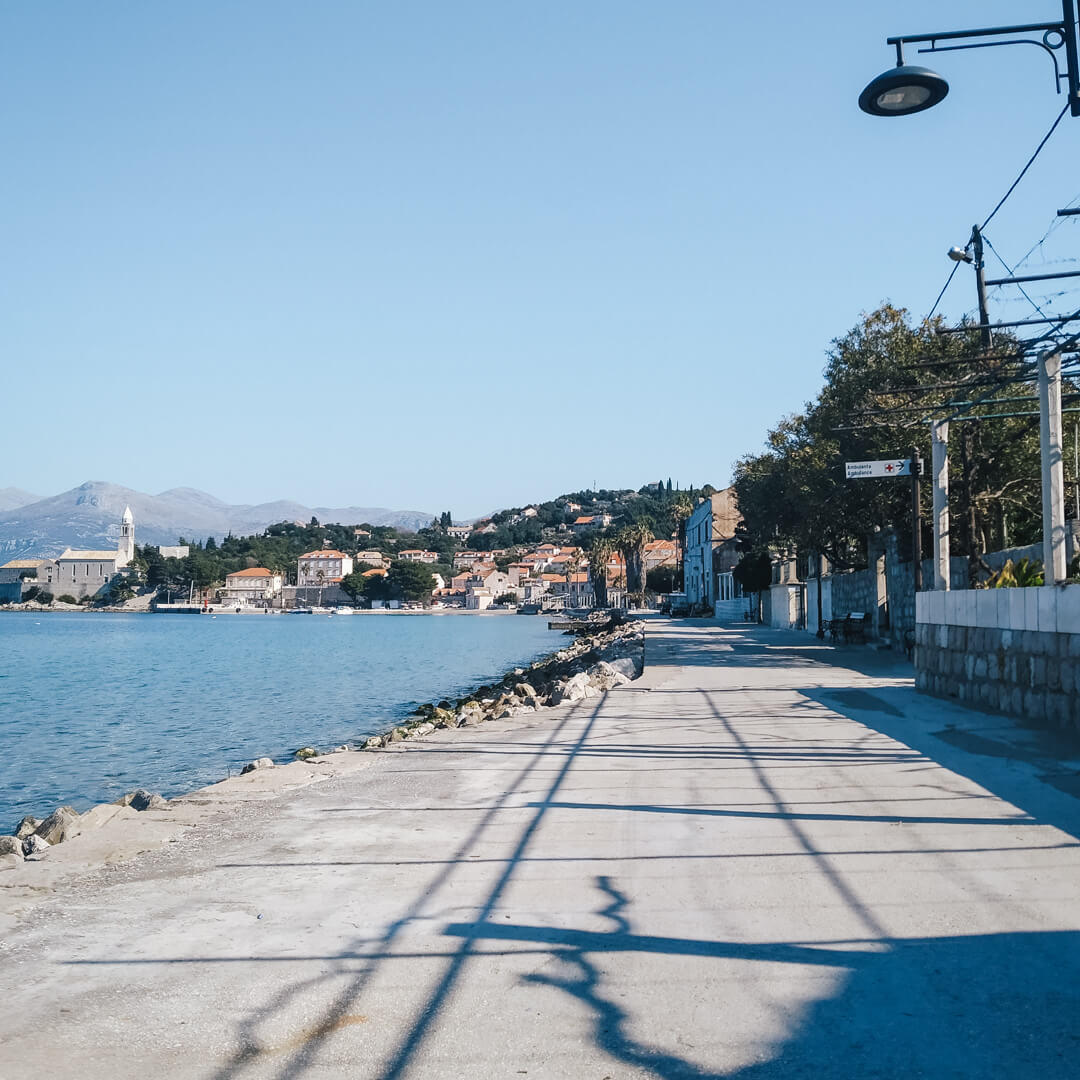