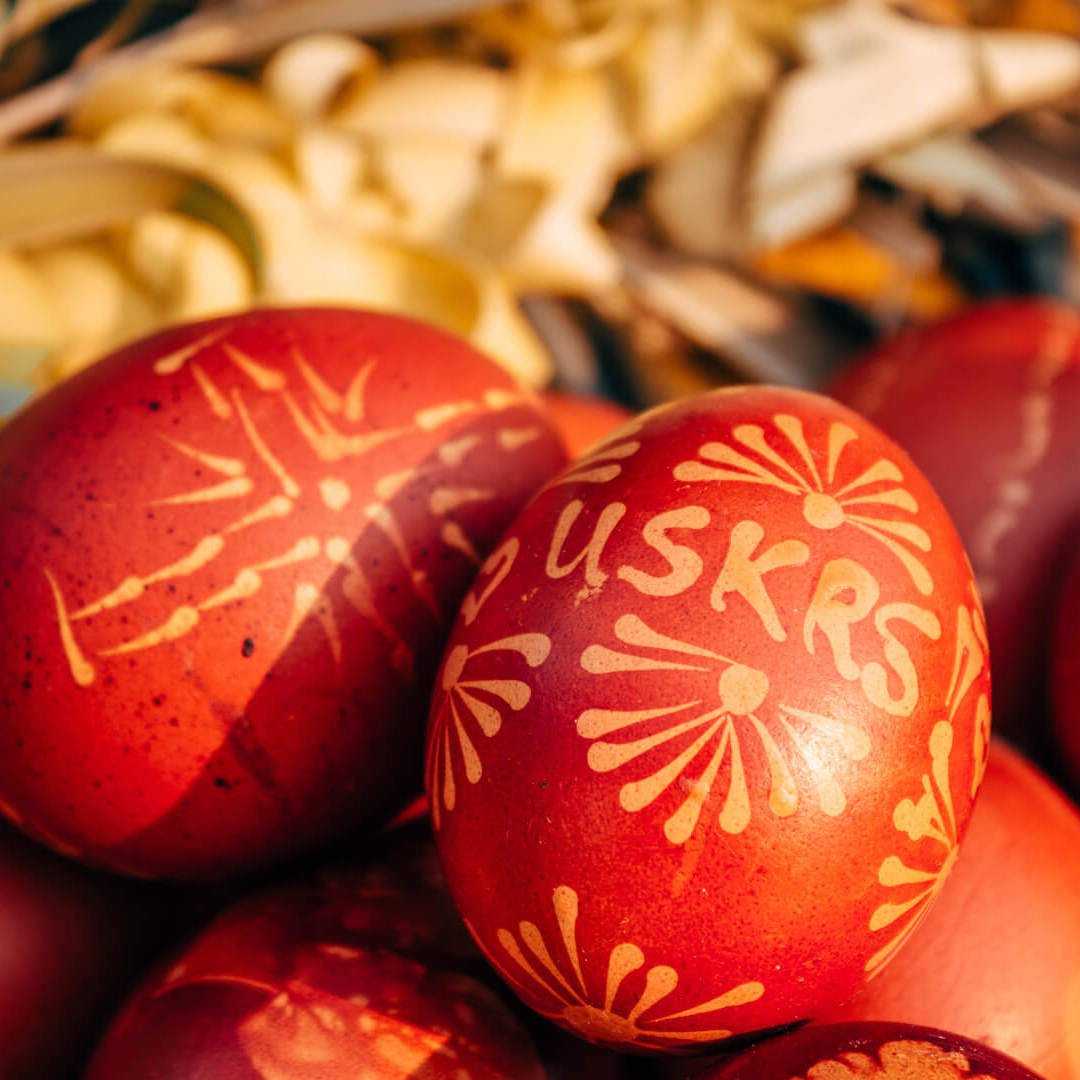 During spring holidays, from Palm Sunday until Easter, it is a Lopud tradition for children and grownups to play a game called “Na Vaje”. It is known on Lopud for centuries. Lopud families prepare their eastern eggs for Palm Sunday, together with “pome” (decorated palm trees) and take it to the church of St Mary to have them blessed. After Mass, the game would begin.

Origin of this Lopud tradition

Lopud’s sandy beaches were the inspiration for innovation of this game. It should be noted that eggs were highly valued up to the first half of the 20th century due to food shortages. However, there were always players who would take it to another level. For instance, foods rich in calcium would be added to the diet of chickens. Furthermore, boiling eggs were, and still is, the most important step in game preparation. Not only, that vinegar and salt were added in the water, but also the shape of the egg was important too. 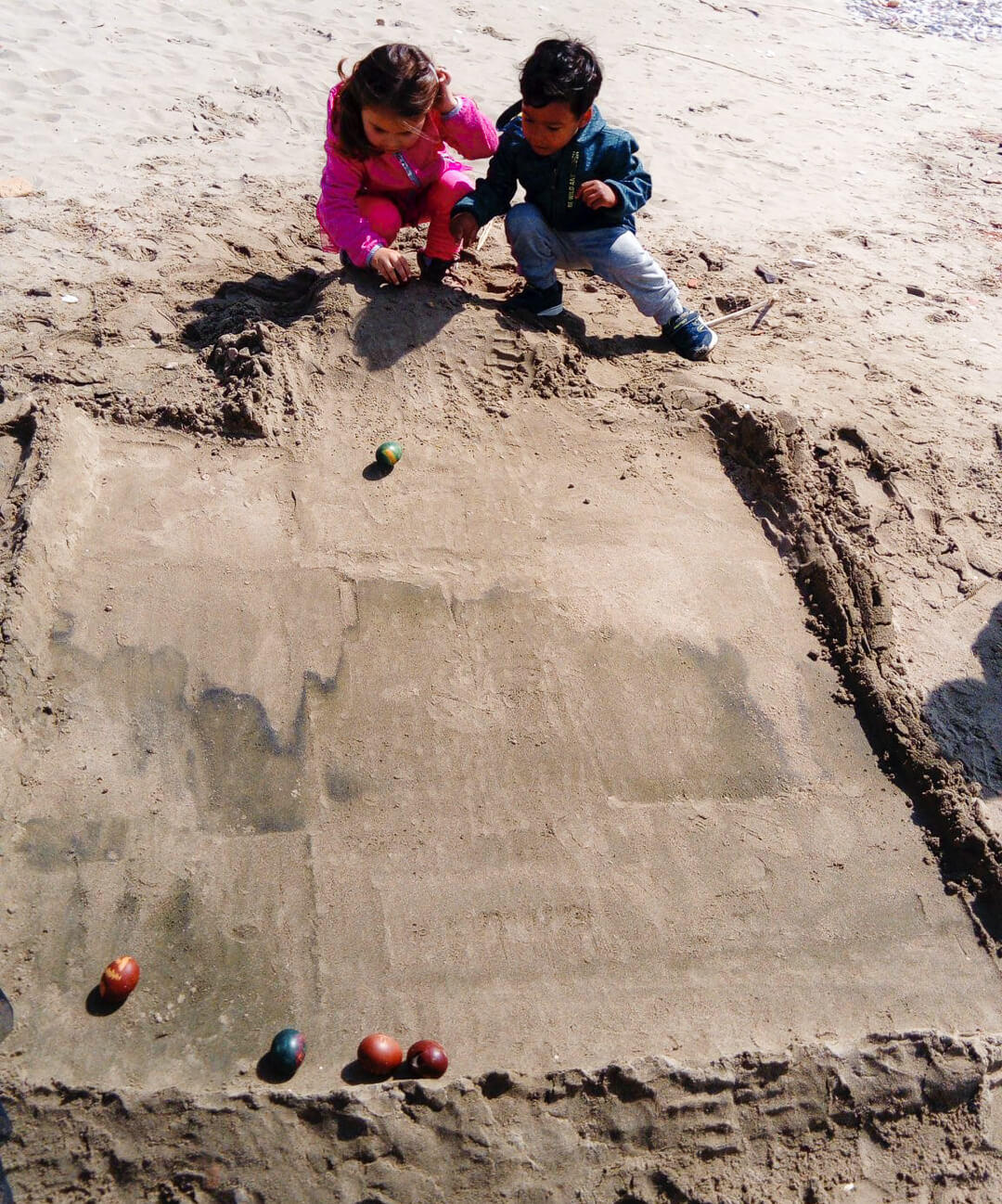 Vaja (the playground) is made in the sand, vertical to the sea, size 3×3 meters. The sides are narrowed towards the top, which is called “kula” (the tower). The tower is oval-shaped, which allows the player to place the egg in the desired position. If the slope is too high, then the egg roll quickly and irregularly. The sand is full of salt and retains moisture for a long time. Drying would cause the top layer to become too soft and from time to time that first layer would be removed. 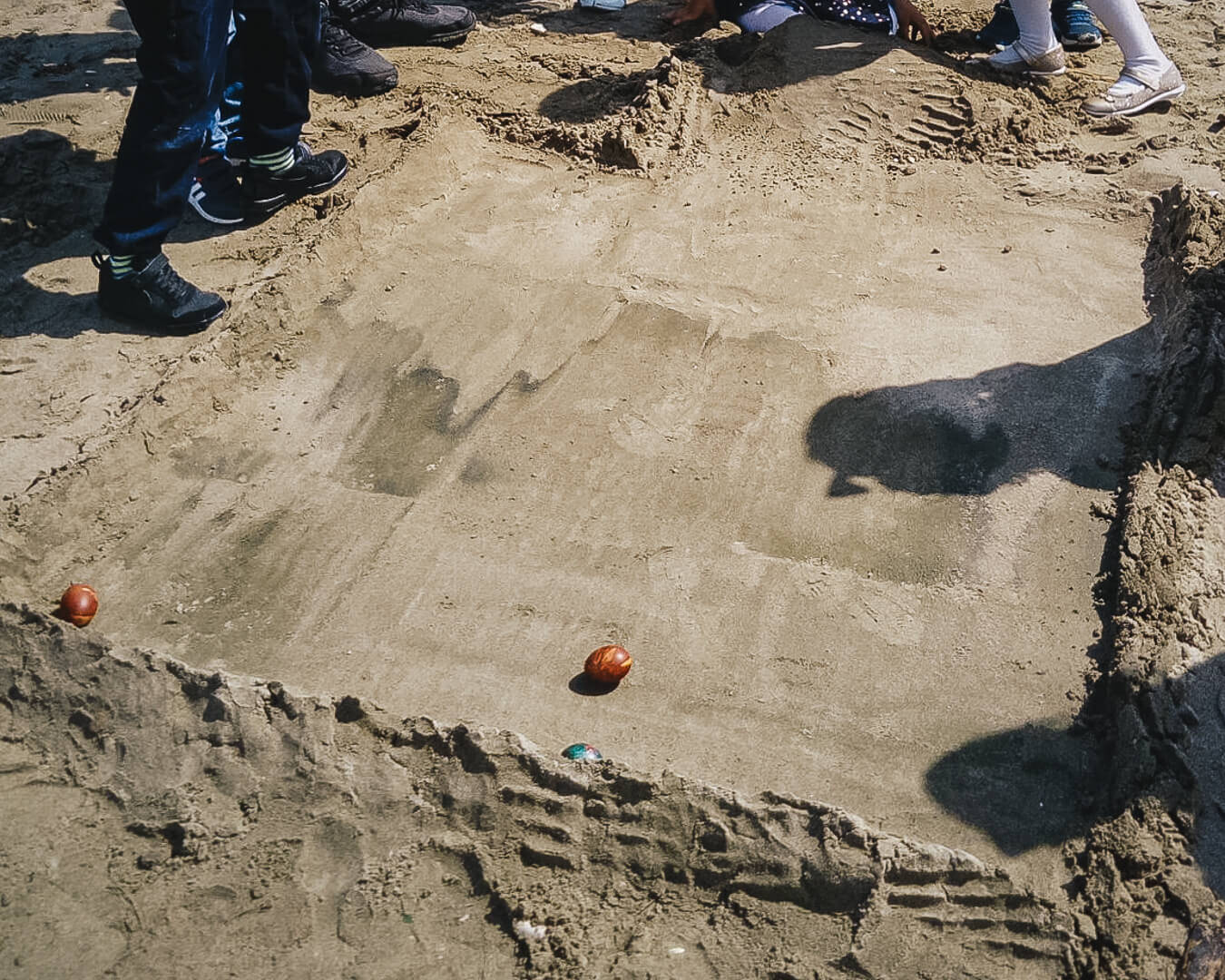 The game begins by choosing the order in which each player selects his or her recognizable pebble, with a similar one, which, placed in the sand, represents “bulin”. Pebbles are shaken between the palms of one player’s hands and are dropped above the “bulin”. The order in the game is determined by the nearness to the “bulin”.

From now, I need your full concentration because the game starts to be tricky. In order of play, spots between 1 and 3 are the most disadvantaged. The first player freely drops an egg to the bottom of the “Vaja”. The second player seeks to keep his egg as far away from the first as possible. The third player tries to reach one of them. This continues until the egg is hit. The agreed amount of money is paid to the player who first hits (“kuciti”) one of the eggs by all others whose eggs were in the field. The amount of money is symbolic, 1 or 2 kunas per player.

It is important to know the following rules to continue playing. The player who hit the egg goes the first. The last one is a player with a broken egg. The players in-between change their sports. Players go from second to fourth place, from fourth to second, from sixth to fourth or second (and vice versa). If the number of players is uneven, the order goes from first to third, and from third to fifth place. Initial, unfavorable places (1st, 2nd, and 3rd) are moved to the last position during the game while more favorable places (4th, 5th, and 6th) are moved to the first.

This game brought together locals of all ages on the sandy beach, in the heart of Lopud. Fortunately, this Lopud tradition has remained to this day.